In recent years, Techworks Marine has grown from a small firm to a global organisation counting governments among its clients. 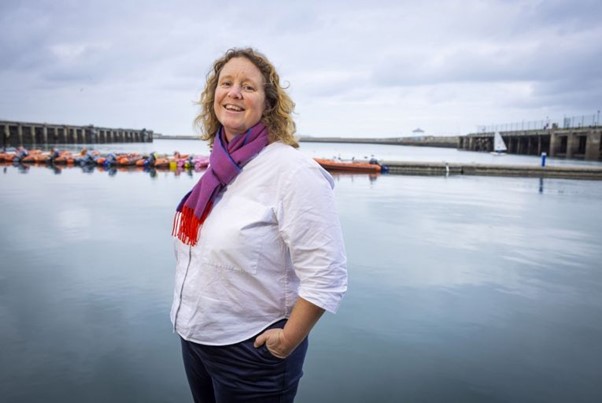 It’s perhaps no surprise that Charlotte O’Kelly refers to herself as a “huge water baby”. The founder of Techworks Marine, an Irish marine data firm, has made her living from the sea and it plays a huge role in her personal life too.

“If I get stressed, I have to get out on the water and go for a paddle board or go for a swim,” O’Kelly, a French/Irish oceanographer who moved back to Ireland in 1999, said.

In recent times, the company O’Kelly founded with Philip Trickett, her partner, has grown from a small firm to a global organisation with customers around the world.

“It’s in the last six or seven years that we’ve realised we’re no longer in the start-up phase,” O’Kelly said. “We have the references, we have the longevity, we have the equipment pool and we have the customer base.”

In 2002, when Techworks Marine was established, its mission was to provide marine data to governments, research agencies, engineering companies and those operating in the renewable sector.

As technology advanced in the years since, so did the service provided by the Enterprise Ireland-backed company, though the crux of its mission remains largely unchanged.

“At the start, clients would buy the infrastructure we made from us, and use the data they collected to help inform their decisions,” said O’Kelly. “But now, in a Google-ised world, people just want the information to make the same decisions. So nowadays, while we still provide equipment, we predominantly provide an information service.”

Companies can today hire oceanographic equipment from Techworks Marine, or else just contract the firm to provide them with the marine data they need. Today the firm makes several types of sensors, satellites, data buoys and other devices which can accurately gather information from the sea.

The evolution of the company has paid dividends: a buoy network it developed has been used by the Swedish government, and Norway has also used its technology to help with its weather forecasting systems.

Techworks Marine employs 14 people directly and outsources much of its equipment production to third parties. It is currently seeking to hire earth observation scientists and marine scientists to continue a growth trajectory O’Kelly said could be partly explained by the versatility of the business.

“Where we’re different is that we sell marine data as a service, as well as developing the equipment. So we have a big equipment pool that we can deploy at fairly short notice.”

“There are very few companies our size that would operate in all of those three areas at the same time,” she said. “But for us, those operations are just part of our marine data supply chain.”

The firm recently won €1.5 million under the disruptive technologies innovation fund, provided by the Department of Enterprise, Trade and Employment, for a wider spatial information project.

It is also actively moving into the area of offshore renewable energy, with data it believes can help companies developing large wind farms off Ireland’s coast.

“It’s an exciting time for us,” O’Kelly said. “Ireland has a lot to offer as a nation of islanders, and it is really starting to look at the ocean as an avenue that can generate economic activity, as well as demonstrating our expertise in the area.”