When it comes to the blue economy, we have an edge.

Our edge is commercial as we find ways to add value to existing and emerging marine sectors. Our edge is youthful as we bring the talent of an emerging generation to bear on marine opportunities. Our edge is innovative as we connect blue sky research with enterprise. Our edge is tangible as we invite visitors and businesses to experience life on our coast.

Ireland’s marine area is one of the largest in the EU with our seabed territory accounting for 10 times our land mass. Approximately 450,000 km2 of this area falls within 200 nautical miles of Ireland’s shores making it part of our Exclusive Economic Zone (EEZ).

Our marine territory has the potential to support a wide range of economic activities in Ireland and to tap into global marine and maritime markets for:

Ireland as an island nation, is steeped in maritime tradition, with a dynamic and modern workforce. Approximately 1.9 million people in Ireland live within 5km of the Irish coast. Many communities, but in particular our coastal communities, depend on our vast ocean wealth for employment, leisure and wellbeing.

Our ocean economy makes a significant contribution to the Irish economy with an annual turnover of approximately €6bn which contributes close to €2bn in value added goods and services.

The strengths and potential of Ireland’s marine area, its coastline, inshore and offshore waters, are vast. They: 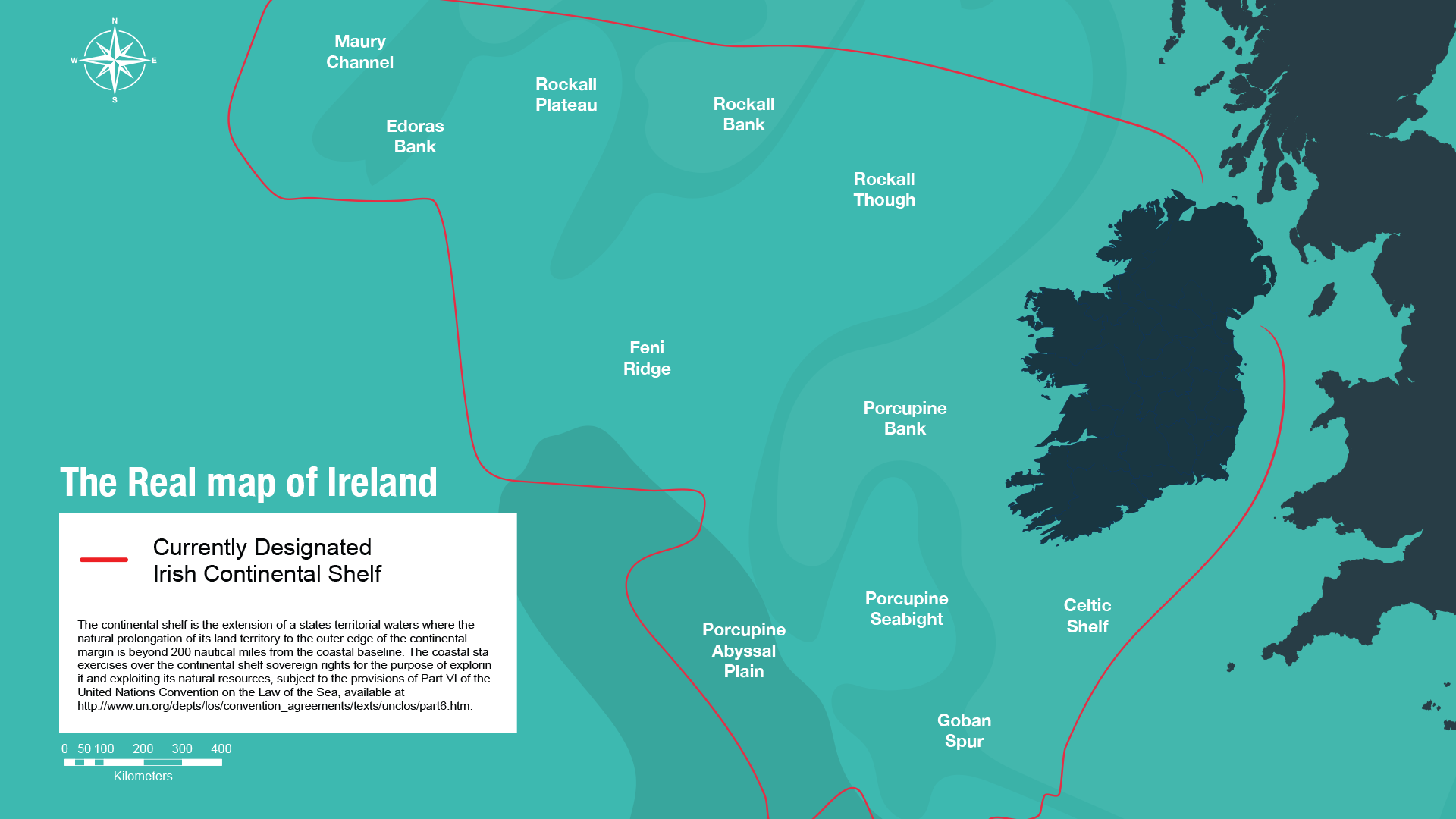 The Irish Government has developed Ireland’s National Marine Planning Framework (NMPF), which is the overarching framework for decision making that is consistent, evidence-based and secures a sustainable future for Ireland’s vast maritime area. The NMPF was published in July 2021 and marks an important step in the sustainable development and management of Ireland’s most important resource. The work is supported by the Government’s long-term commitment to towards a coordinated and coherent approach to decision-making and governance reinforced via the Marine Planning and Development Management Bill. Further information is available on here.

Irish waters are home to some of the most diverse and productive marine ecosystems on the planet. Ireland’s relatively shallow continental shelf receives cold, nutrient rich water from the deeper waters of the Atlantic Ocean. This results in ecologically diverse and biologically rich surface waters around our coast. This expansive and productive natural marine environment contributes substantially to the Irish economy, through sustainable marine industries such as fisheries, aquaculture, seaweed harvesting, blue biotechnology and marine & coastal tourism.

Ireland’s location at the edge of the Atlantic Ocean means we can benefit from sustained high wind speeds and the long fetch of the Atlantic swell. We have an abundance of ocean energy resource in the form of offshore wind and waves. The resource available to fixed and floating wind is immense, with the potential for 12GW for fixed and up to 30GW for floating. Furthermore, a total of 31GW of wave energy development potential was identified in Irish waters that could be extracted without having likely significant adverse effects on the environment. The theoretical potential for both wave and wind energy off Ireland’s shores far exceeds the total electricity demand representing real export potential.

The R&D space for pre-commercial floating wind, wave and tidal technologies, is strong in Ireland and is supported through a suite of world-class test facilities including the Lir National Ocean Test Facility in Cork, the intermediate-scale Smartbay Marine Renewable Energy Test Site in Galway Bay and the full-scale Atlantic Marine Energy Test Site (AMETS), off the coast of Mayo.

The east coast has sufficiently shallow water depths to allow for fixed foundation turbines, while the deeper waters off the south, west and north-west coasts are ideal for floating structures. Ireland has committed, through the Climate Action Plan 2021, to increase the amount of renewable energy produced to 80% of the electricity generated by 2030. Offshore wind is expected to deliver at least 7GW in support of this target. Currently there are 12.3GW of projects in the offshore wind pipeline in Ireland.